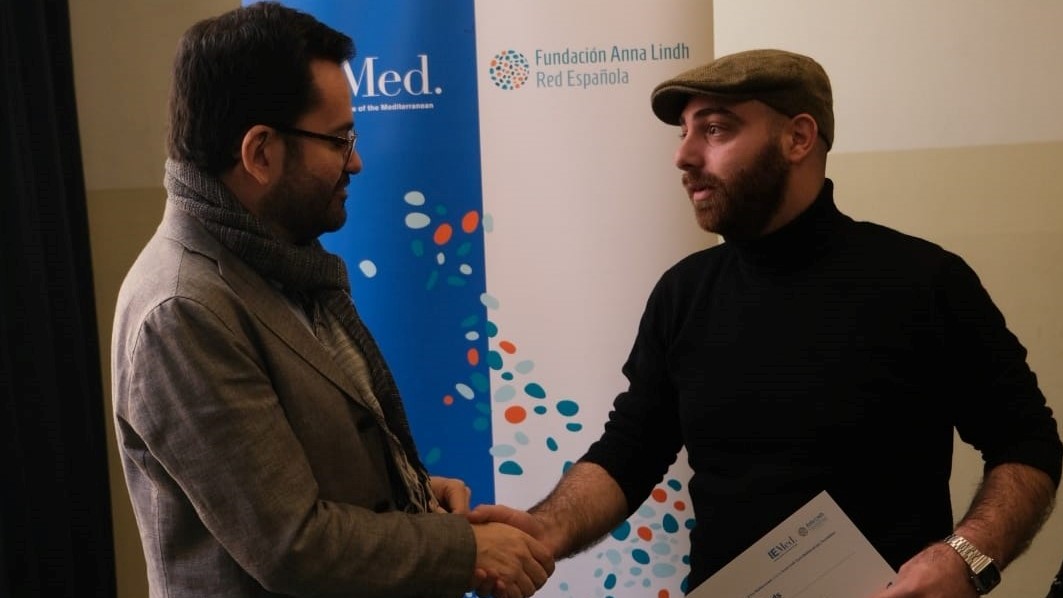 Asad Rahji first year Communication and Media Science student at the University of Dunaújváros and one of the scholarship holders of the Scholarship Programme for Christian Young People won the first place in the “A Sea of Words” award from the “European Institute of the Mediterranean” in Barcelona for his short story “Stories Seeking Shelters”.

It is our greatest honor to share his story with you. Next year Asad Rahji will return to Barcelona, ​​but as a jury member this time, not as a participant.

The “European Institute of the Mediterranean” creates spaces for intercultural encounters between young people in order to promote exchanges of experiences and ideas between peers, identify shared values in the region and transcend those stereotypes that tear us apart. It also features the youth contest “A Sea of Words”, which encourages intercultural dialogue and the exchange of knowledge through the stories about experiences and concerns expressed by young people. Since 2008, each contest has revolved around a different theme, such as gender equality, sustainable development, democracy and citizenship, radicalisation and climate change. (source: https://www.iemed.org/) 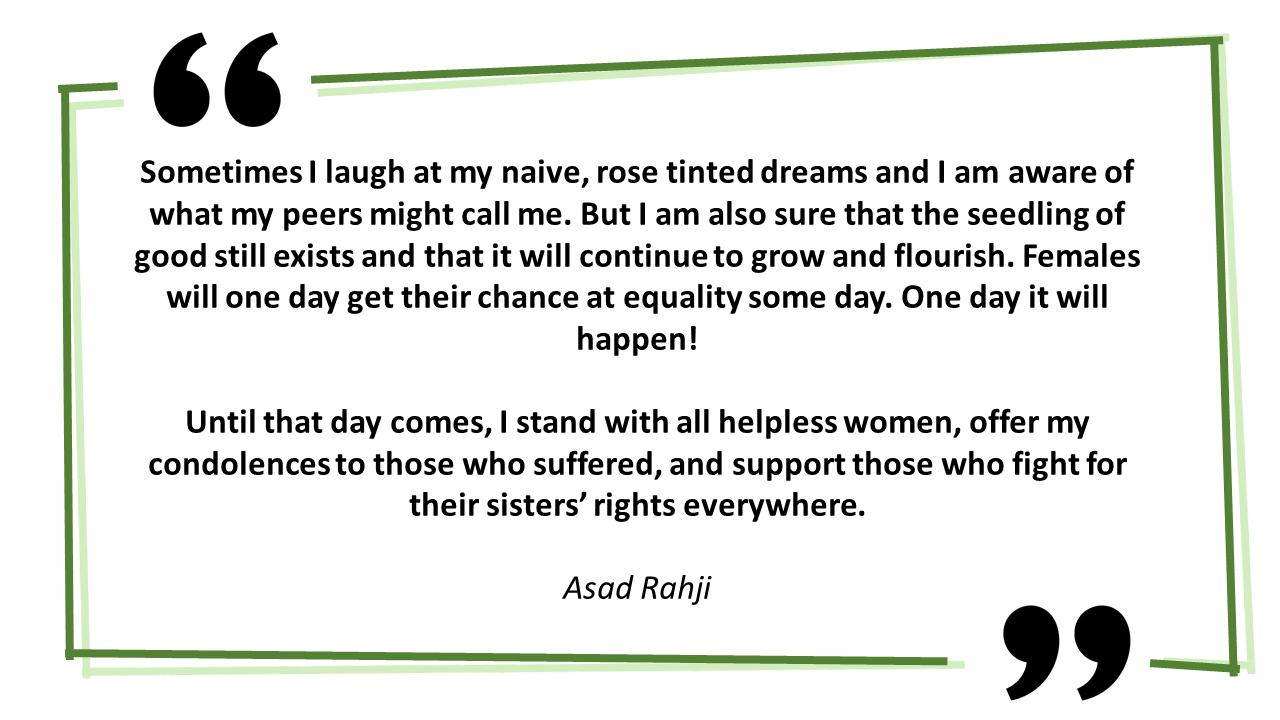 Please welcome our short interview with him about this great experience in his life!

What is the short story about?

My novel is a collection of five micro-stories, inspired by actual life in Syria where Gender Inequality and honor play a major role in the people’s life.

What inspired you to write it?

I wrote this story during a wave of violence against women that cursorily descended on the Middle East. Day after day, we heard the news of women murdered, so for the majority, it became the most normal and natural thing.

How did you feel when you were writing your story?

I was not able to sleep until I wrote those stories that were inspired by real stories that really happened in our Arabic countries, I felt that I really have to highlight those cases.

Where did you come across the contest?

My friend from Jordan was one of the winners last year, and he got the third place. He suggested me to follow this institute on social media.

Do you have any other plans to write more?

Yes I will continue writing and actually it’s my second international award, the first one was in Beijing/China in 2021 but due the COVID-19 I was not able to travel and receive my award.

How was the awards ceremony?

After I have received the award I was invited to a concert for celebrating “The Day of the Mediterranean” with the foreign ministers of Palestine and Spain and a representative of the State of Morocco. The concert was very beautiful, I had the opportunity to listen to famous Spanish and Moroccan singers. And I could even take a photo with the foreign minister of Palestine.

Congratulations to Asad Rahji for being such a brave and creative person and for winning this international award. Thank you for sharing these stories with us!

The Scholarship Programme for Christian Young People Team is always proud of our students’ success. 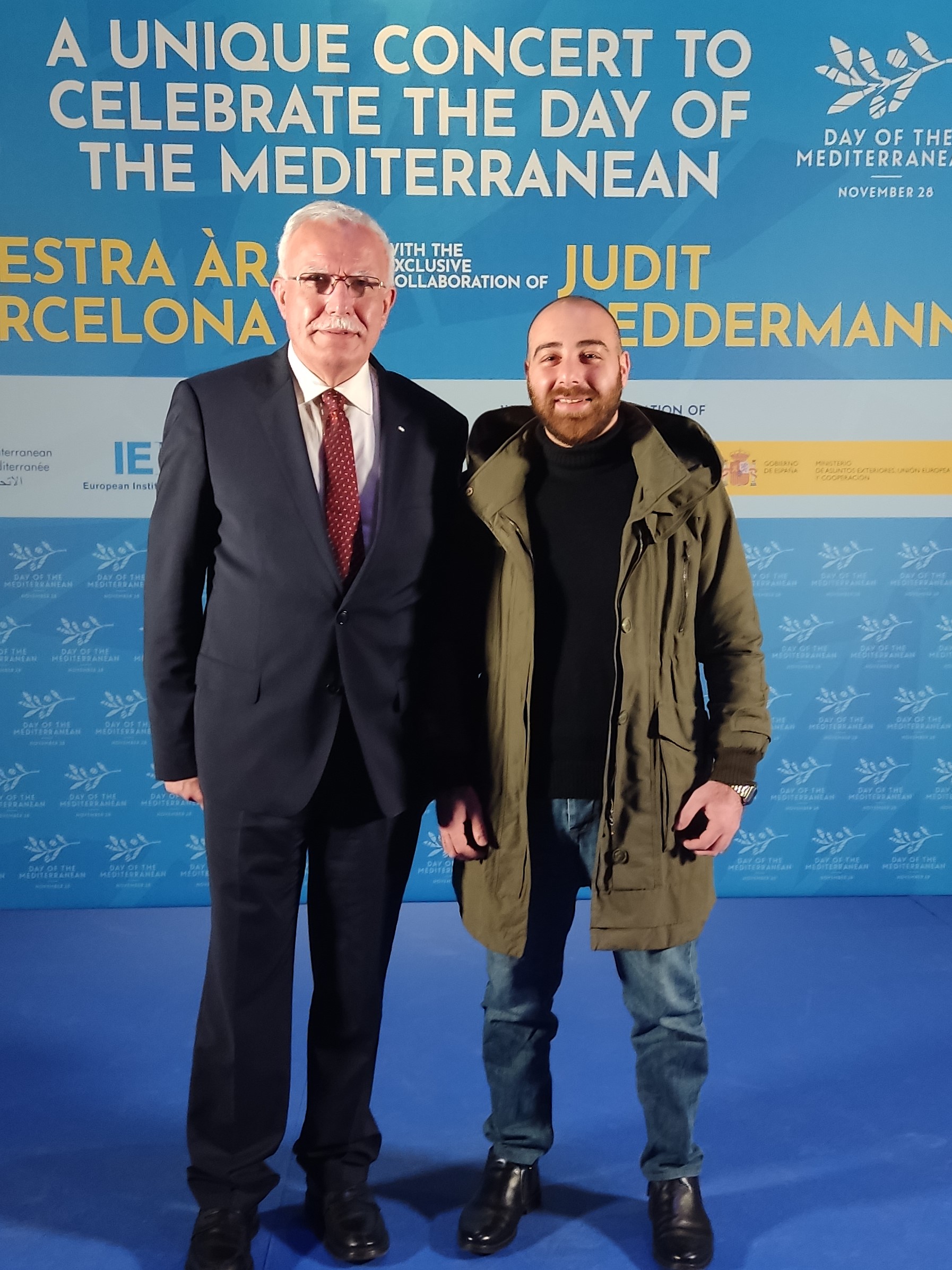 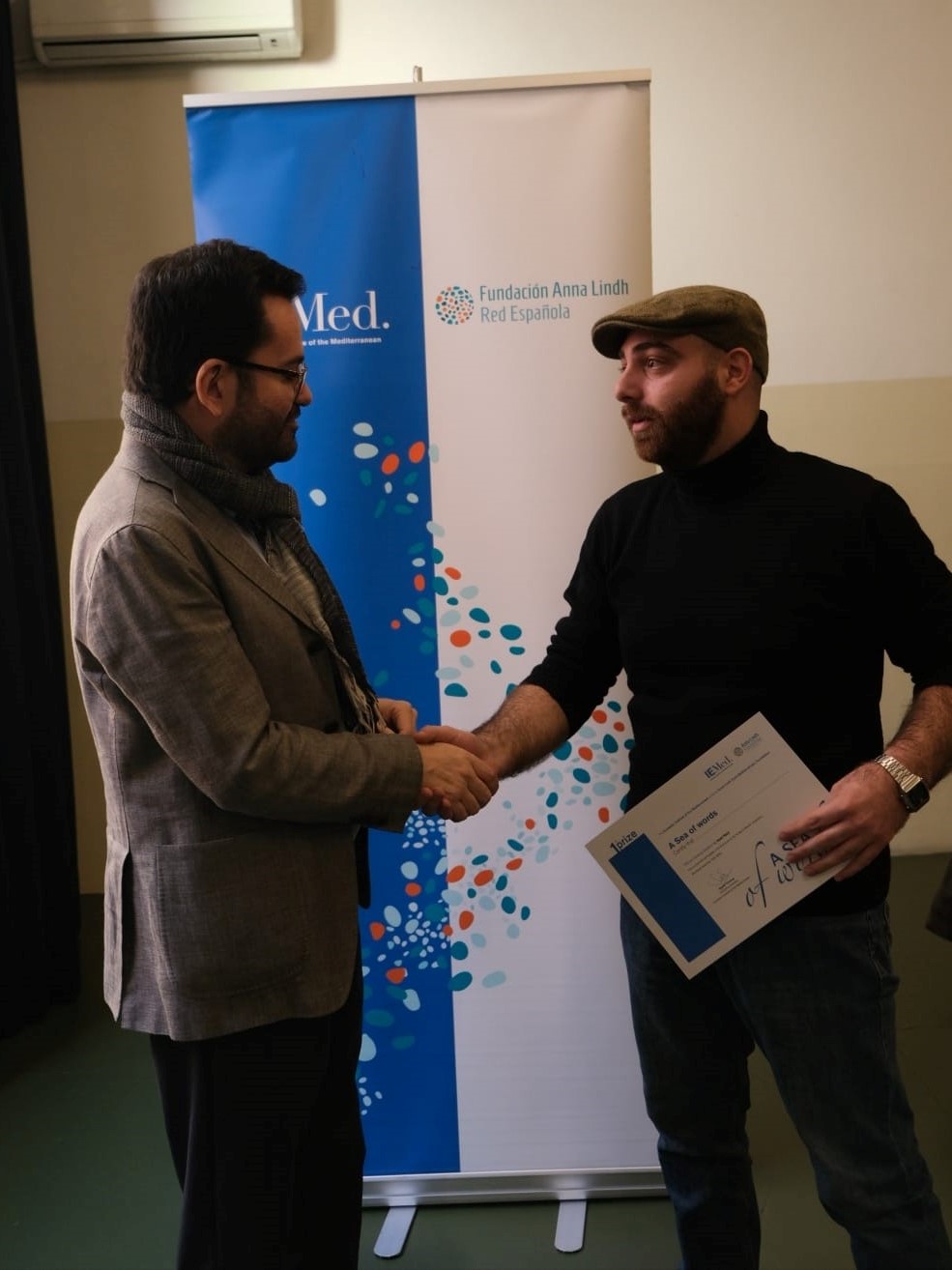