The Hungary Helps Program is the Hungarian government’s comprehensive humanitarian program that enables promt, direct and local assistance to communities suffering persecution and need around the world. The programme also aims to identify and address the causes and processes that lead to mass migration in order to ensure the survival and well-being of entire local communities in their homelands.

As we enter the new decade, helping those in need is an even more urgent mission than before. The Hungary Helps Program is guided by the universal defence of human dignity and human rights to help communities in need around the world. The principles of Hungary’s international assistance respond to the modern challenges that victims of wars around the world have faced in the past. Hungary’s unique humanitarian policy model is characterised by prompt, direct and local assistance, with a targeted aid policy that is tailored to the local needs and requirements of the beneficiary communities. The projects implemented by the Hungary Helps Program and its local partners have directly contributed to the achievement of thirteen of the seventeen Sustainable Development Goals (SDGs) defined by the United Nations, and have been selected in line with the humanitarian principles defined by OCHA (humanity, neutrality, impartiality, independence). 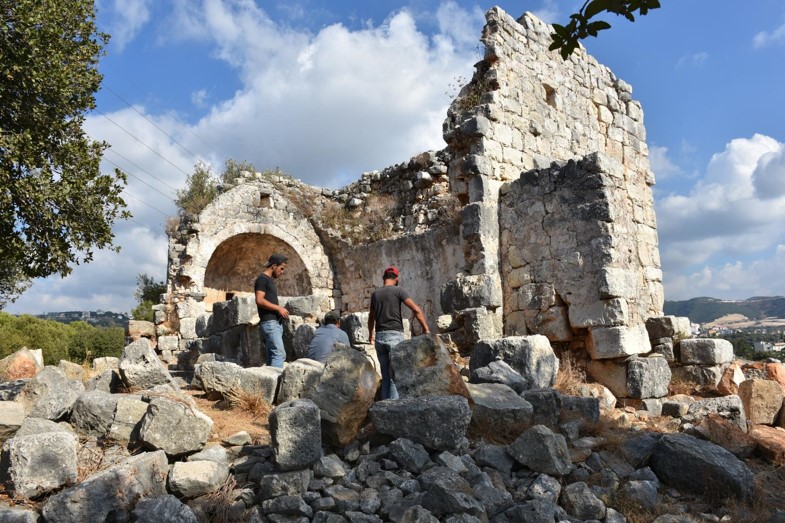 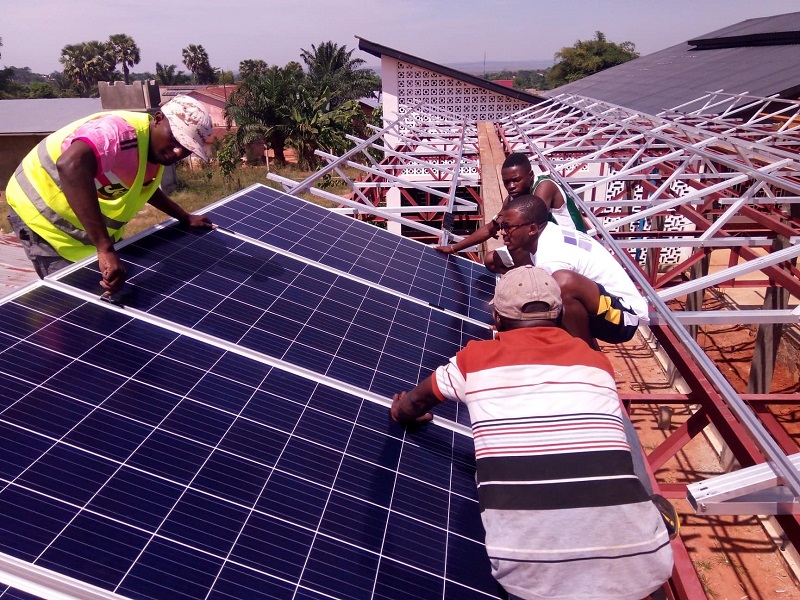 The Hungary Helps Program is currently present in 45 countries with over 170 projects however, one of the most significant areas targeted by the Hungary Helps Program is the war-torn Middle East, where it has helped tens of thousands of people to stay in their place through a number of projects. A major factor hindering resettlement is the destruction of local infrastructure and the slow pace of its rehabilitation. Although educational facilities have been restored in many settlements on the Nineveh plateau, Iraq, still basic health care and the replacement of displaced doctors remain unmet.

Needless to stay that the aforementioned issues are not just simply difficult to deal with but also challanging in terms of organization, implementation and sustainability. Therefore, the mission of our team is to achieve the best possible results of the projects In order to address these problems, the Hungary Helps Agency has implemented numerous humanitarian and social rehabilitation projects. For instance the reconstruction of Tell-Askuf (Iraq), where the Hungarian aid program contributed to the renovation of 950 residential houses and 7 church properties, including 5 local schools and the local kindergarten. This has enabled around 1000 families to return to their hometown and have a chance to start again.

Similarly important objective of the Hungary Helps Program is supporting education and make it accessible equally. We believe that education is indeed one of the keys to rebuild a community even a whole nation, that is why the construction of the Virgin Mary Primary School in Erbil (Iraq), where hundreds of Christian and Muslim children are being educated is so remarkable. Also thanks to the Hungary Helps Program, the construction of the Meltho school in Erbil is in progress which will provide a solid point for 700 students from primary school to the end of the secondary grammar.

Protecting cultural heritage is also vital to the day-to-day operations of our team, which is why with the assistance of our local partners several churches and community buildings have been restored in many countries across the Middle East through the Hungary Helps Program. The restoration of medieval churches and other buildings partially or completely destroyed in a time of war is essential, as post-war rehabilitation cannot be happening on an individual level, so supporting communities by giving them the opportunity to gather and pray again is essential regarding individual recovery and social rehabilition especially in religious societies. 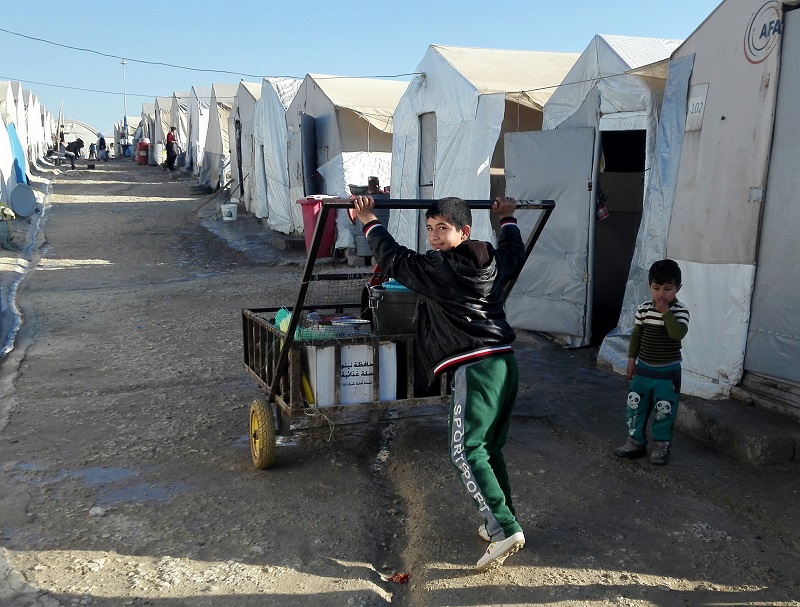 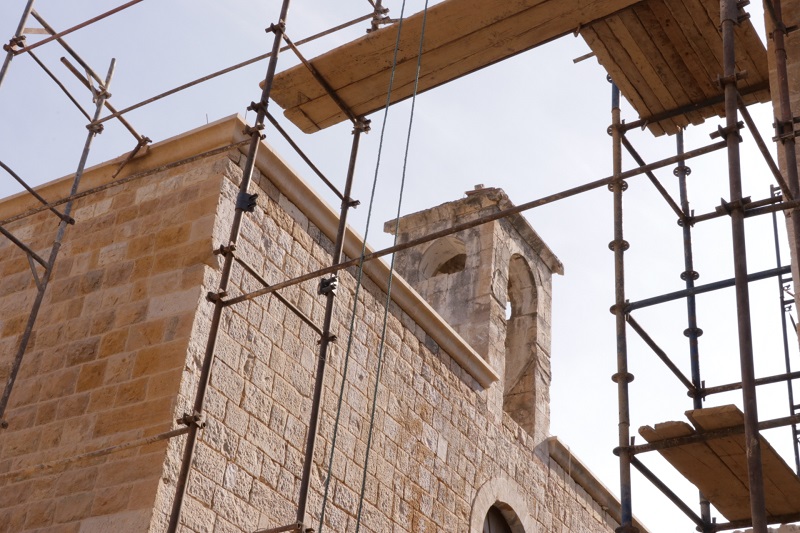 In response to the multiple challenges created by the war conflicts in Africa, the Hungary Helps Program aims to support similarly complex projects just like in the Middle-East. Hungary is supporting the reconstruction of education and health infrastructure destroyed by Boko Haram and ISWAP, as well as the renovation of a seminar building. Reinforcing the low security situation is a top priority in the north-east of Nigeria. Although the Nigerian army has partially regained control, civilians continue to be severely affected by serious human rights violations, widespread sexual and gender-based violence, forced labour and suicide attacks, which have displaced nearly 2.4 million people in the Lake Chad basin. Repeated raids by the Boko Haram terrorist organisation are blamed for the murder of tens of thousands of people and have almost completely destroyed the region’s education and health infrastructure. In order to restore the basic conditions necessary for the survival and safe return of local communities, the Hungary Helps Programme has provided a total of €1.3M in four phases for a complex reconstruction programme implemented by the Diocese of Maiduguri. The project includes the reconstruction of classrooms and safe dormitories in demolished rural schools, as well as the complete renovation and modernisation of a hospital in Mubi.

The project proposed by the Northern Rangelands Trust (NRT) will mainly support the provision of basic health care in the Biliqo Bulesa nature reserve, as well as other infrastructure development projects. The humanitarian and rehabilitation projects implemented with Hungarian assistance over the past years show that the Hungarian humanitarian model works. The experience of nearly five years of promt, direct, local assistance and the feedback from our local partners have reinforced the belief that help must be taken where the trouble is.

Overall, the Hungary Helps Program is committed to helping and contributing to projects around the world that aim to support entire communities and give them the opportunity to rebuild their lives after the horrors of war. We believe that helping hands should come from the lucky ones, and those who are able to help should ensure that the assistance is sustained over the long term. Creating jobs can help people to survive, through education they have the chance to improve their own situation and create more jobs for themselves, and finally, restoring their sacred places will empower them spiritually to stay on the path of positive changes. As a result, we believe this can lead to the economic and social prosperity of a nation. The Hungary Helps Program is engaged in this mission and what’s more, it has already made a difference. 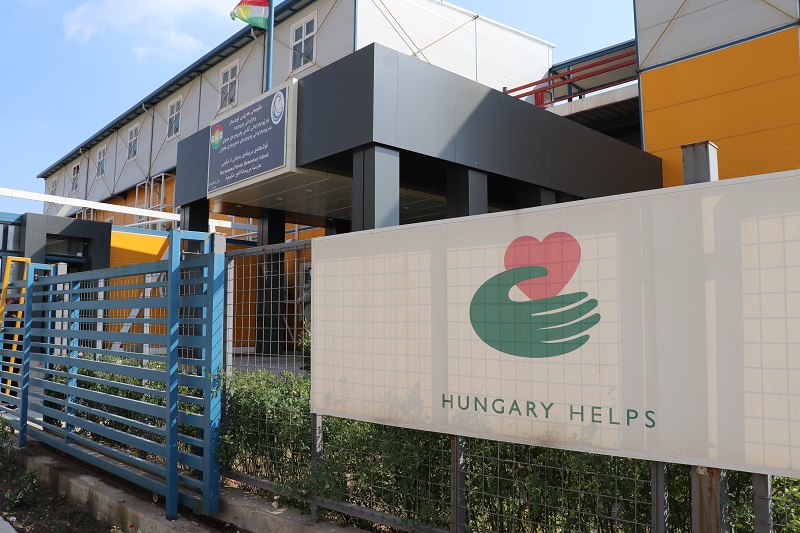