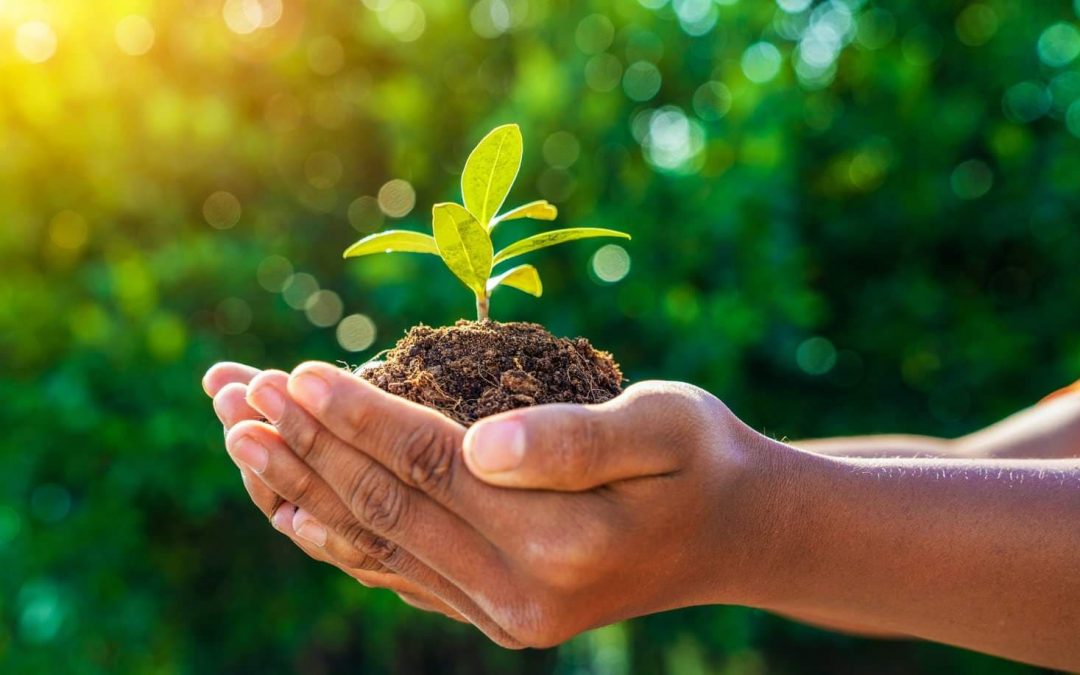 When assessing humanitarian crises, the environment is an important aspect. In developing countries, in conflict-affected areas, environmental impacts that make it difficult for local communities to thrive can be caused by local pollution, the effects of climate change, or social sustainability issues. Climate change is directly or indirectly generating a series of conflicts that are forcing tens of millions of people – and, in extreme cases, hundreds of millions – to leave their homeland. 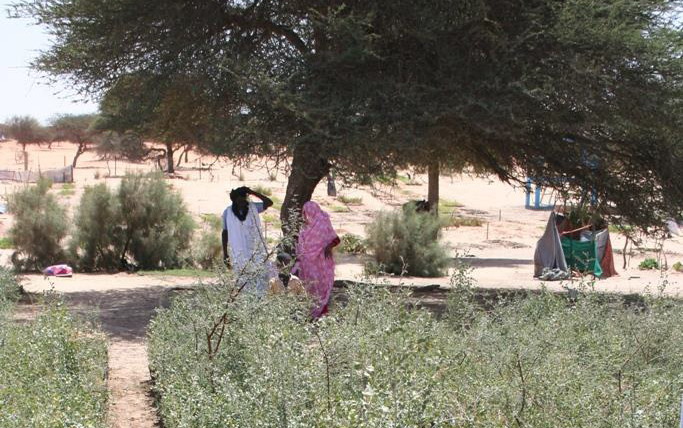 Hungary supports the development of women’s agricultural works in Mauritania under the Hungary Helps Program.

The Hungary Helps Program responds to these problems with environmental education programs, the support for the development of sustainable agriculture and renewable energies, facilitating access to water, and supporting initiatives such as the Pan-African Great Green Wall Program. 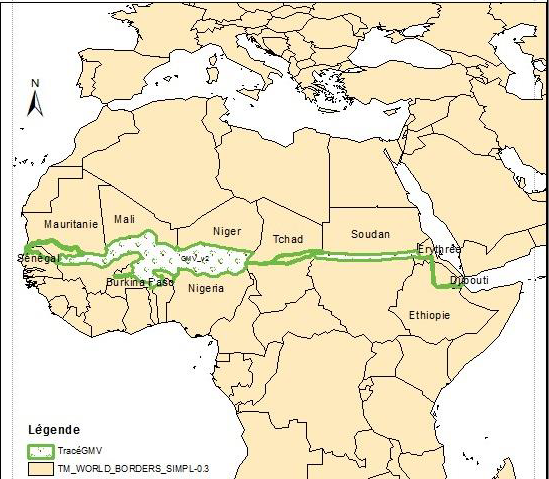 We support the Pan-African Great Green Wall Initiative, which covers the poorest countries in the world.

With Hungarian support, a Multifunctional Sustainability Center is being built in Benin, Africa. Benin, like many other sub-Saharan countries, is particularly vulnerable to climate change, in particular the expected rise in temperature and rainfall, which will also pose significant challenges for the agricultural and forestry sectors. Droughts and floods harm the country’s food and water security. Agriculture is of paramount importance to Benin, employing more than 70% of its population.

The project, supported by the Hungary Helps Program, aims to help Benin communities develop role models that can provide them with long-term opportunities for the long-term preservation of their natural environment, the reform of environmentally unsustainable social and economic processes, and the development of their environmental organizations. Under the project, a Multifunctional Sustainability Center will be established in Bohicon, which will also serve as an environmental education center, a plastic waste recycling point, and a drinking water collection point.

Mauritania is severely affected by the effects of climate change, and the humanitarian situation in the country is already in crisis. The expansion of the Sahara to the South is leading to the desertification of vast areas of land, resulting in the migration of local communities. The Great Green Wall Initiative, set up to halt desertification, covers some of the world’s poorest countries. It aims to help people staying in their homeland by improving living conditions, with a special focus on the most vulnerable groups.

Hungary supports the development of local women’s agricultural enterprises in Mauritania. As part of the Hungarian donation, three warehouses will be built, a well will be built and the local chicken farm will be developed. Also, it will be possible to train members of three existing women’s cooperatives. The project will improve the food supply of the three villages affected, eliminating chronic malnutrition and improving living conditions.

Ethiopia faces many environmental challenges: rising temperatures, droughts, floods are hitting the country. According to the Food and Agriculture Organization (FAO) of the United Nations estimates, locust infestation in Ethiopia during 2020 was the worst in 25 years. Nearly 8 million people in the country are in the need of food aid, and the nutritional situation of approximately 3.9 million children and women is critical.

Through the Hungarian Interchurch Aid, Hungary supports the implementation of certain educational, water management, and agricultural programs, which will last for a total of 15 months. The aim is to support future self-sustainability through longer-term professional follow-up. The project, launched in Western Ethiopia, will be implemented in two locations, both in the fields of agriculture – well drilling, milling, livestock development and improving market competitiveness – and basic education development – school renovation, equipment development.

The consequences of climate change in Ghana are mainly reflected in declining rainwater volumes and the increasing frequency of natural disasters. Forty-five percent of the whole population and 90 percent in the northern regions work in agriculture, and farming relies predominantly on rainwater. As a result of climate change, increasingly unpredictable weather could lead to a more serious food crisis, which could lead to a surge in the propensity to migrate.

The aim of the project of the Association of Hungarian Farmers’ Cooperatives (MAGOSZ) and the Africa Knowledge Center is to transfer Hungarian agricultural know-how in Ghana. With the knowledge gained in this way, local farmers can increase the marketability of their crops.

The Democratic Republic of the Congo

Environmental change is taking place in the Democratic Republic of the Congo in the form of rising temperatures and irregular rainfall, but its social effects are much more severe. The greatest threat is the emergence of mass starvation: more than 15 million people in the country are suffering from food crises or disasters. Contributing to the processes of climate change is the lack of a centralized energy supply in most Congolese areas, forcing many to use inefficient, obsolete generators, which significantly pollute the environment. Removing them and providing sustainable energy will help locals stay in their homeland in the long run.

The with the previous support of the Hungarian government for the development and expansion of the ophthalmic mission of the Brother Richard’s Foundation for Congolese Patients increased the energy demand of the clinic. To ensure the mission of the Hungarian ophthalmologist in the Congo, in several areas the size of Hungary, the Hungary Helps Program supported the construction of a solar energy system, which also serves the sustainable operation of the institution and protects the environment. 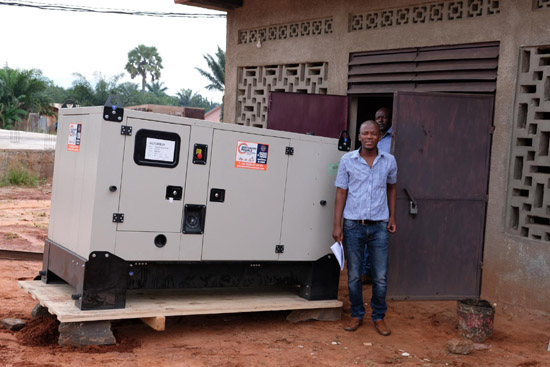 The new generator shown in the picture also protects the environment.

As in other parts of West Africa, climate change is expected to lead to increasingly extreme weather and a more severe drought in the Sahel. The fact that the central energy supply is not provided in many areas in the region also contributes to the pollution.

Hungary supports the solar development of the electrical network of the Saint Jean de Dieu hospital in Senegal. This will provide about 70 percent of the hospital’s energy needs from solar power over the next 25 years.

Two-thirds of Mali’s territory is desert, the northern part is in the Sahara, and almost a quarter of the population does not have access to clean drinking water. Droughts, armed conflicts, and a lack of public security in the country have now created a serious humanitarian situation.

Within the framework of the Hungary Helps Program, Hungary supports the complex infrastructural development of the Winners’ School in Bamako, the capital of Mali. The school will be powered by a solar panel system, and a water intake and handwash station will be set up for children to create a livable and healthy environment.

Ecuador is particularly vulnerable to various natural disasters, most often shaken by earthquakes as it lies in a seismically active zone called the Ring of Fire in the Pacific Ocean. The most serious, 7.8 magnitude earthquake in the last 60 years occurred in 2016, destroying much of the infrastructure in several provinces and causing extraordinary damage to water supply systems, among other things. This earthquake has also highlighted the lack of resilience of the country’s infrastructure, especially in rural areas.

Under the Hungary Helps Program, a water cleaning device was donated to the village of San Andrés de Canoa in Ecuador, which did not have such a device at all, which means no efficient drinking water supply system has been built in the last 20 years. Water came from pipelines from water storage tanks located about 20 kilometers from the village, but this led to a significant water loss. The amount of water actually arriving was far from sufficient to meet the needs of the population, and was only available every third day. The water cleaning equipment put into operation with Hungarian support will be able to provide 200,000 liters of clean water per day, and 15 liters of drinking water per capita, which is sufficient to cover the needs of the local population.