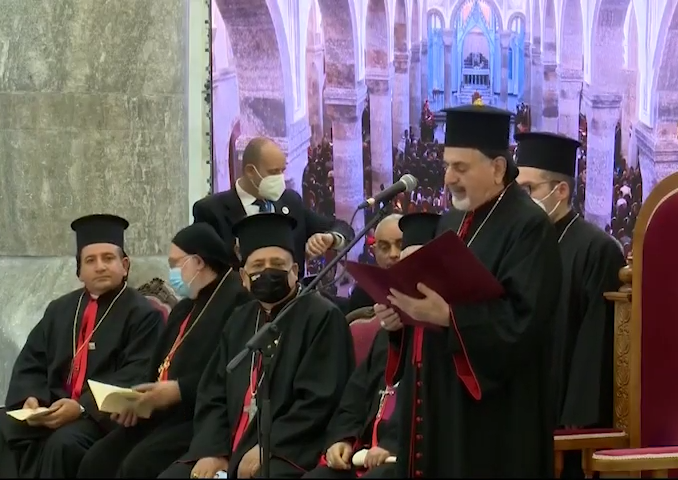 The support of the Hungarian government greatly contributed to the reconstruction of the Church of the Immaculate Conception in Qaraqosh, which was destroyed by the Islamic State, said Syrian Syriac Catholic Patriarch of Antioch Ignatius Joseph III Yonan in his speech at the rebuilt church on the occasion of Pope Francis’ visit.

During his four-day visit to Iraq, the Pope Francis visited Qaraqosh in addition to several major Iraqi cities to meet in person with members of the local Christian community who have been forced to experience severe persecution as a result of armed conflicts in recent years.

Hungary provides significant support to persecuted Christian communities worldwide through the Hungary Helps Program. In Iraq, a number of humanitarian and reconstruction projects have been implemented since 2017 with Hungarian support, which has enabled local Christian communities to survive.

The basic principle of the Hungary Helps Program is that help should be taken where the trouble is, not the trouble be brought to Europe. As a result, in the last nearly four years, we have made it possible for more than 100,000 people living in crisis areas to stay in their homeland or to return there.