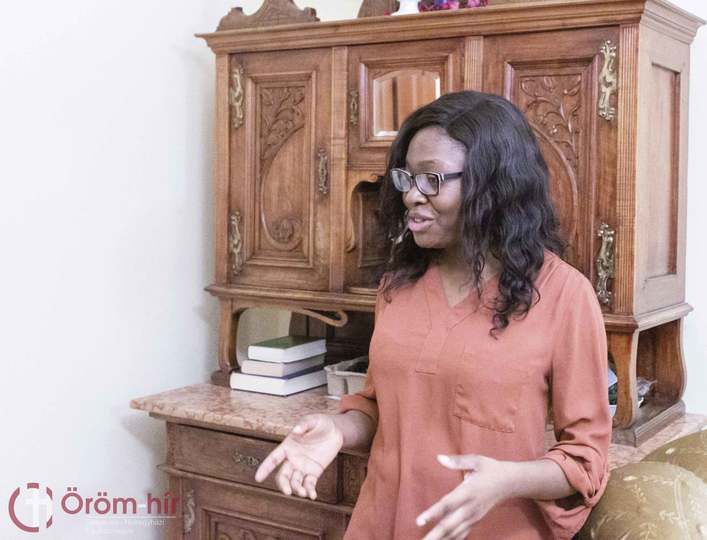 Elizabeth Ayoade Adeyemo came to Debrecen from Shaki, West Nigeria to study through the Hungary Helps Program and is working to save her people.

The Christian, 26 years old Elizabeth Ayoade Adeyemo arrived in Debrecen from Nigeria in September 2019 with several companions thanks to the support of the Hungary Helps Program. The girl lives with her family in Shaki, West Nigeria, with a population of nearly 400,000, where 70 percent of the population is Muslim and 30 percent is Christian. According to an article of dynem.hu, the persecution of Christians is becoming increasingly widespread there as well. However, with the help of the Hungary Helps Program, hundreds of Christian young people can live in Hungary without fear while studying at our universities. In September 2020, 170 Christian scholarship students began their studies in Hungarian higher education institutions, including the University of Debrecen.

Elizabeth has five half-siblings and one blood-sibling. Her mother was Muslim and was baptized under the influence of her father. The student has defined a mission for herself: to work to save her people. Hungary helps to realize her idea with its calm living conditions, so she can focus only on her faith and research. Elizabeth described the situation in the interview as follows: “It’s very good to be in Hungary, I can live here freely, without fear”. She said “I can thank this special grace to God and will do my best to pass on this gift to my people, who I love passionately. Malnutrition and hunger are very big problems in Africa. In the Sahrawi countries, people do not have access to good quality food and water. Children under the age of five suffer from malnutrition due to the lack of protein and energy. I feel like I need to do something.”

She decided to work to find the food that every hungry person can get. She would like to make biscuits that are high in protein and affordable, and that are accessible to even the poorest kids. She also applied to the university to get the right knowledge to implement her plan. In Africa, she obtained a bachelor’s degree in food science in 2016. Now she is studying food safety, graduating this year, but because of her research, she would like to stay for PhD. There are many types of insects in Africa that are also used for food. Elizabeth studied all the insects throughout her bachelor studies and she found the caterpillar, whose protein content of more than 50 percent is also associated with many minerals.

“I thought about how I could use this insect. Fried and ground, I get a floury substance from it. We also produce large quantities of a native protein-rich sorghum plant in Africa, the seeds of which are used to make flour” – said the student about the details. She added “by mixing the two components in the right proportions, we get delicious biscuits, which is healthy and nutritious food and cheap, as well as easy to produce and procure in Africa. The article of dnyem.hu also points out that the first, theoretical phase of the research is now closed, the practical part follows. The biscuit and its sensory analysis should be done soon.”

The source of the writing and related pictures is haon.hu: