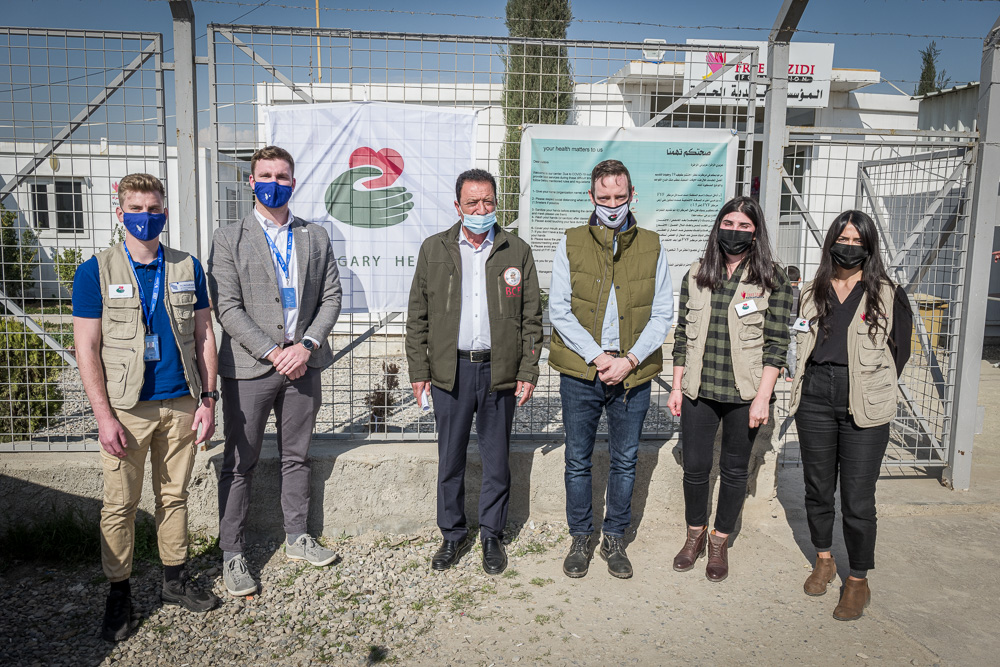 ISIS terrorists murdered in cold blood thousands of innocent people belonging to the Yazidi minority in the first days of August 2014. More than 4,000 women and girls were taken away into slavery, who day in and day out experienced the horrors of rape and torture. Hungary provided targeted assistance to the Yazidi religious minority, with a particular attention that improves the lives of the most vulnerable survivors: traumatized girls, women, mothers and children. In addition to supporting Christian victims in Iraq with 15 projects by the end of 2020, the Hungary Helps Program also supported the rehabilitation of women belonging to the Yazidi minority and the creation of dignified living conditions.

The period of civil war in Iraq since 2003 peaked between 2014 and 2016, when ISIS terrorists occupied a significant part of northern Iraq. Jihadists executed many thousands of Yazidi families in the country, women and girls became victims of brutal violence, sex slavery, who remained marginalised after the liberation of the region.

Through the Hungary Helps Program (HHP), the Chaldean Catholic Archdiocese of Erbil helps these women and their children with sheltered accommodation, the creation of decent living conditions and their social reintegration. The project supports housing 42 Yazidi women and their children with a construction in Erbil. They create a safe environment for women who have been traumatized by the war and refugee camps and are extremely exposed to social and emotional threats. They also provide professional psychosocial counselling in order to give traumatised victims as many chances as possible to deal with the past and embrace the future.

As part of another project, the Hungary Helps Program is setting up a bakery next to the Khanke refugee camp in the Iraqi Kurdistan region. The project also helps internally displaced Yazidi women and girls living in the refugee camp by funding vocational training. Completing the education provides not only skills but also jobs for those in need. The Hungarian Interchurch Aid works closely with the Free Yezidi Foundation to make the project as effective as possible. The bakery was constructed this year; the electrical and tiling work are currently underway. 42% of Yazidi women living in the Khanke refugee camp had not been educated before, so the business and financial training was organised so that the participants also receive math training. In the first phase of the project, 96 women began the vocational training. Supporting these young mothers also means improving the living conditions of their families and children, lifting them out of deep poverty. The other two parts of this project are the renovation of a health center in Wardiya and the reconstruction of a health center in Rambosi that also provide basic and effective help to Yazidi women.

Hungary was also recognized by the Free Yezidi Foundation at an international conference in August 2020, that appreciated the results of the Hungary Helps Program.

“For me, Nadia Murad embodies the power of women more than any feminist. Nadia Murad was 21 years old when ISIS militants carried out a genocide against her Yazidi community in Northern Iraq. During the genocide, ISIS killed her mother and six of her siblings and forced her into sexual slavery. Nadia managed to escape and soon after began speaking out. Today, Nadia is a UN Goodwill Ambassador fighting for the freedom and human rights of Yazidi minority and for the dignity of survivors of human trafficking.” – said Tristan Azbej, the State Secretary for the Aid of Persecuted Christians and for the Hungary Helps Program, after he personally discussed the situation of the Yazidi community and the details of HHP support with Nobel Peace Prize Laureate Nadia Murad in 2018.